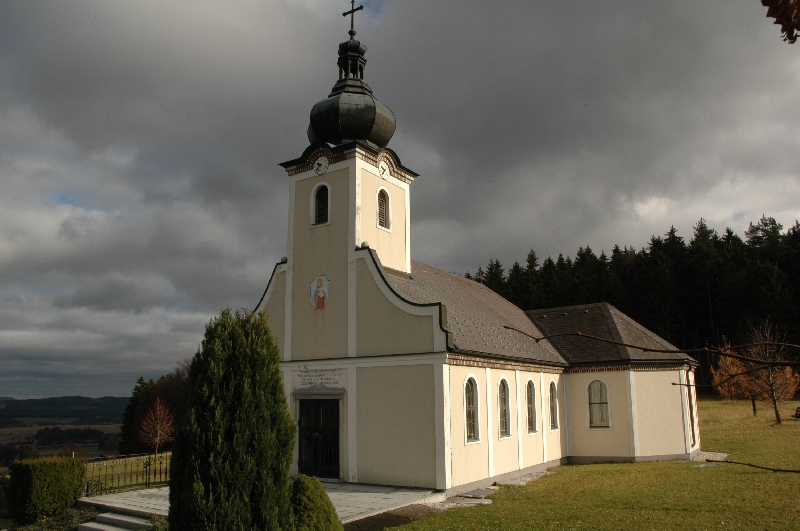 The name Svatý Kámen (Holy Stone) was given to this place according to a legend and the Holy stone where the Holy Virgin allegedly appeared. The German name Maria Schnee beim Stein reflected consecration of the church to Panna Maria Sněžná (Virgin Mary of Snow).

The Svatý Kámen pilgrimage church is situated on a gentle hill-top of which the only way up is lined with six chapels. The Baroque church of Panna Maria Sněžná (Virgin Mary of Snow) is a single-nave church ended with three sided presbytery

a prismatic tower above the west front. The sacristy of the square plan is affiliated to the east side of the presbytery. The three sided chapel, where the Holy stone is placed, is adjacent to the north side of the aisle. The facade of the church is articulated with lisenas.

The interior of the church is vaulted with the cylindrical vault with sectors. Some parts of the painted decoration were preserved on this vault but they were repainted and later, during the reconstruction of the church, uncovered again. The Baroque furnishings from the 18th century was not preserved because all of the furniture was damaged or stolen.

The six sided chapel in the Baroque style is also part of the pilgrimage place. The chapel was built just above a medicinal spring. The chapel is situated not far from the north side of the church. 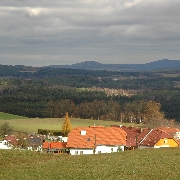 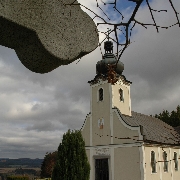